Free gift: we still have some dedicated quick release plate in stock, only for these FOUR camera models: Nikon Z-fc, Fujifilm X-S10, X-T4 and Canon M50. If you want one of them, please leave a messahe when checkout, we will sned it to you for free.
Portable yet professional with compatibility - That's what describes CRANE-M3 the best. Compact body design and optimized axis arm structure deliver a better gripping and user experience. With the brand new dual color temperature lighting and professional audio solution, CRANE-M3 offers an outstanding filming experience without extra equipment.
Key Features Light the Dark and Sharpen the Image Touch Screen Does More Than You Think

All-new full-color touch screen with advanced UI design and intuitive interface. The gimbal is tiny and portable like a smartphone that you can operate with just one hand at ease. PD Fast Charge, Type-C charging port and 1150mAh battery capacity allow you to enjoy the following: Charge only 2 hours but work for 8 hours, using the gimbal while charging via power bank.
*Supports PD Fast Charge protocol. Supports a maximum of 12W wired fast charge. The data is gathered from internal experiments of ZHIYUN laboratories. Under different scenarios, data is different to some extent. Stylish Backpack Ready for Every Travel

Backpack dedicated to CRANE-M3 made by ZHIYUN. Different layers for storing the camera, lens and other accessories. Stylish and exquisite surface with advanced technology and procedure to resist spills. Stylish Backpack Ready for Every Travel

Backpack dedicated to CRANE-M3 made by ZHIYUN. Different layers for storing the camera, lens and other accessories. Stylish and exquisite surface with advanced technology and procedure to resist spills.

What's in the Box

This is a great gimbal for my Sony a6300 + Sigma 16mm. But between the standard plate and the upgraded one, it does not answer the need of many of us who like to switch from tripods, clips, straps and a gimbal quickly. If there is a plate that would take an Arca-Swiss plate, this would be a 5 star. 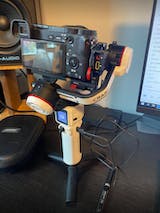 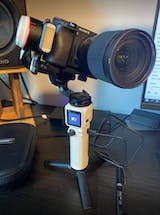 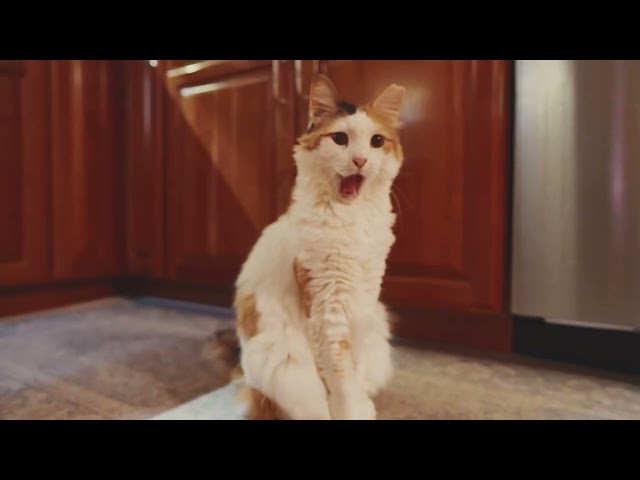 While not perfectly balanced, the motors are strong enough to hold my setup for events and I've cut the weight in half. Dont try this with the M2S. It doesn't have full range, mind you and vortex, but I dont do those type of shots so works perfect for me. I had the DJI RSC2 for more advanced moves and heavier rigs. Love the light.

I just received the Crane M3 and love it so far! Looking forward to doing a full review after a few months of use but I can already tell that this thing is going to enable some excellent footage and b-roll. For now, here's my unboxing video where you can get a first look. https://youtu.be/ebqBcWeCKm0

I bought this to take stabilized moving video clips with my Sony a7iii in conjunction with photography, using a tripod and hand held shots. I really love how compact this is, which makes it much less of a hassle to bring and use than the Weebill-S. It worked well enough to balance with my largest lens, the Tamron 17-28 f2.8, and with a Synco A2 receiver in the hot shoe. I liked that there is a dial on the front that I could program to adjust the horizon, since that sometimes drifted. The light with the color/brightness adjustment came in handy when I was going into a cave.

The gimbal arms were not large enough for me to rotate the handle out from under underneath into a underslung position - which was expected and not a major issue for what I was trying to do.

I only experienced 2 situations where there is room for improvement. (1) I wish this was Arca-Swiss plate compatible. I often have a Peak Design plate on my camera so I can mount it back and forth between a capture clip on my backpack strap when I'm hiking and on a tripod. However, having to swap out the plate for the Zhiyun M3 plate every time I wanted to use the gimbal was a hassle. I found myself leaving the camera mounted on the gimbal instead and just hand holding the entire set up, or mounting the gimbal onto the tripod if I wanted to take a stabilized or timed shot. This wasn't a major issue while hiking, but in a more urban setting, I would feel very self conscious about keeping the gimbal attached if I wanted to just take photos. (2) There have been a few times lately where the gimbal has oscillated wildly in the roll axis, despite appearing balanced when I set up the camera. I've reset the settings, which often seems to fix the problem, but it makes me suspect that the touch screen is often accidentally getting activated and that settings are unintentionally being changed. I wish there was a lock switch on the screen.

Otherwise, it's great for me - a video/photo enthusiast doing run-and-gun shooting.

ZHIYUN guarantees that subject to the following conditions, refund and replacement can be requested within 15 calendar days of receipt of shipment. Please contact ZHIYUN or the authorized distributor of ZHIYUN from whom you purchased your product for more details. To request a refund or to replace a product please contact our After-sales team.

YOU CAN REQUEST RETURN AND REFUND SERVICE

RETURN AND REFUND SERVICE WILL NOT BE PROVIDED WHERE

YOU CAN REQUEST TO REPLACEMENT SERVICE

REPLACEMENT SERVICE WILL NOT BE PROVIDED WHERE